The flight ended up being delayed over an hour due to waiting for an inbound aircraft. When we entered the gate area, the gate agents were passing out printed letters apologizing for and explaining the delay. I don’t think you’d ever see that in the US!

One passenger was quite angry about the delay and managed to argue himself some compensation. While I wouldn’t recommend that strategy to everyone, and I felt quite sorry for the gate agent at the receiving end of his barrage, it was quite impressive to see him get compensation for something that he really shouldn’t have.

This flight was very similar to my flight from Seoul to Singapore, except that the load was considerably lighter on this flight, which made for an overall more pleasant experience. I was able to snag a seat which had an empty seat beside it. I again had a special VGML meal on this flight, which was decent. In general, I find catering to be better when departing from an airline’s hub, but in this case, I thought that the food was slightly better on my Seoul to Singapore flight than on this one. Maybe this is just because I’m not a huge fan of fake meat, and that featured heavily in my entree this time. Appetizer of vegetables and mushrooms 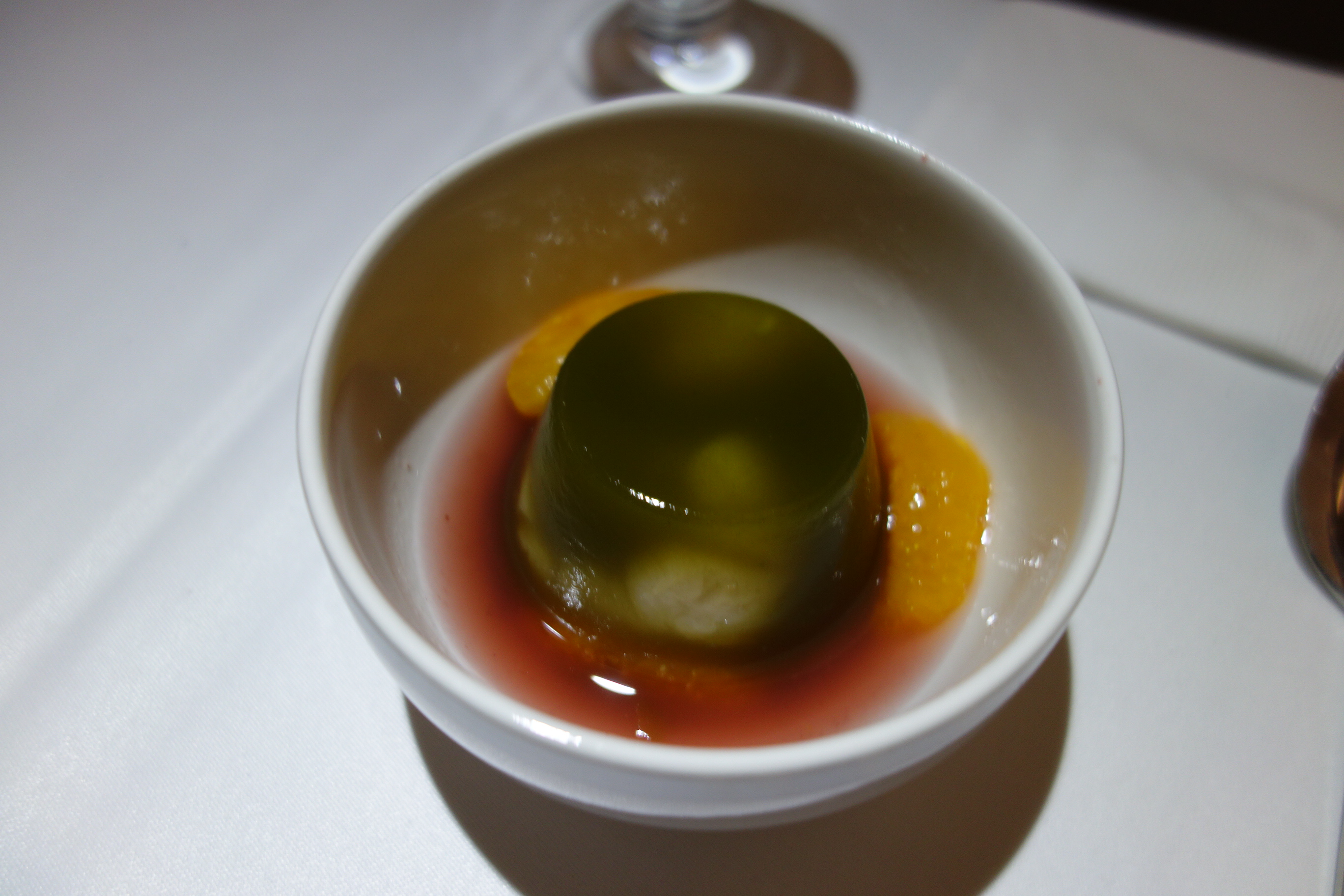 Jelly dessert with litchi inside Given that it was a late-night flight, I tried to get some sleep. Again, I thought that the angled-flat seat was more than adequate. Overall, I thought it was another great experience, and it far exceeded any sort of regional product I’ve flown in the US.

One thought on “Around the World in 100 Hours: Singapore Business Class Singapore to Colombo”