Through Priority Pass, you’re supposed to have access to the oneworld, SkyTeam, and Dnata lounges at the Zurich airport. All three lounges are right next to each other, and it seems like they share a lounge dragon. Since I had a little bit of time to spend at the airport, I decided to check out these lounges, although the lounge agent was very reluctant to let me use these lounges when I held a business class ticket on Swiss Airlines. Eventually, she relented, and she let me into the oneworld lounge (the three lounges seemed pretty much identical). You’re supposed to get a wifi code at the desk, and it’s only valid for one hour, but the lounge dragon didn’t give me one, and I didn’t want to annoy her further, so I just  went into the lounge to check it out. Seating in the oneworld lounge

The lounge isn’t huge, but it had tons of seating, which is always appreciated in any lounge. There were a couple of different seating options, and it all seemed clean and well-designed. I was there quite early in the morning, and I didn’t eat anything before getting to the airport, so I was hunting for food. There were two holders for hot food, but there was nothing in them during the time that I was in the lounge. I’m not sure what they get filled with later in the day, if anything. Instead, I satisfied myself with some breads and jam, but I really wanted Nutella, which was nowhere to be found. 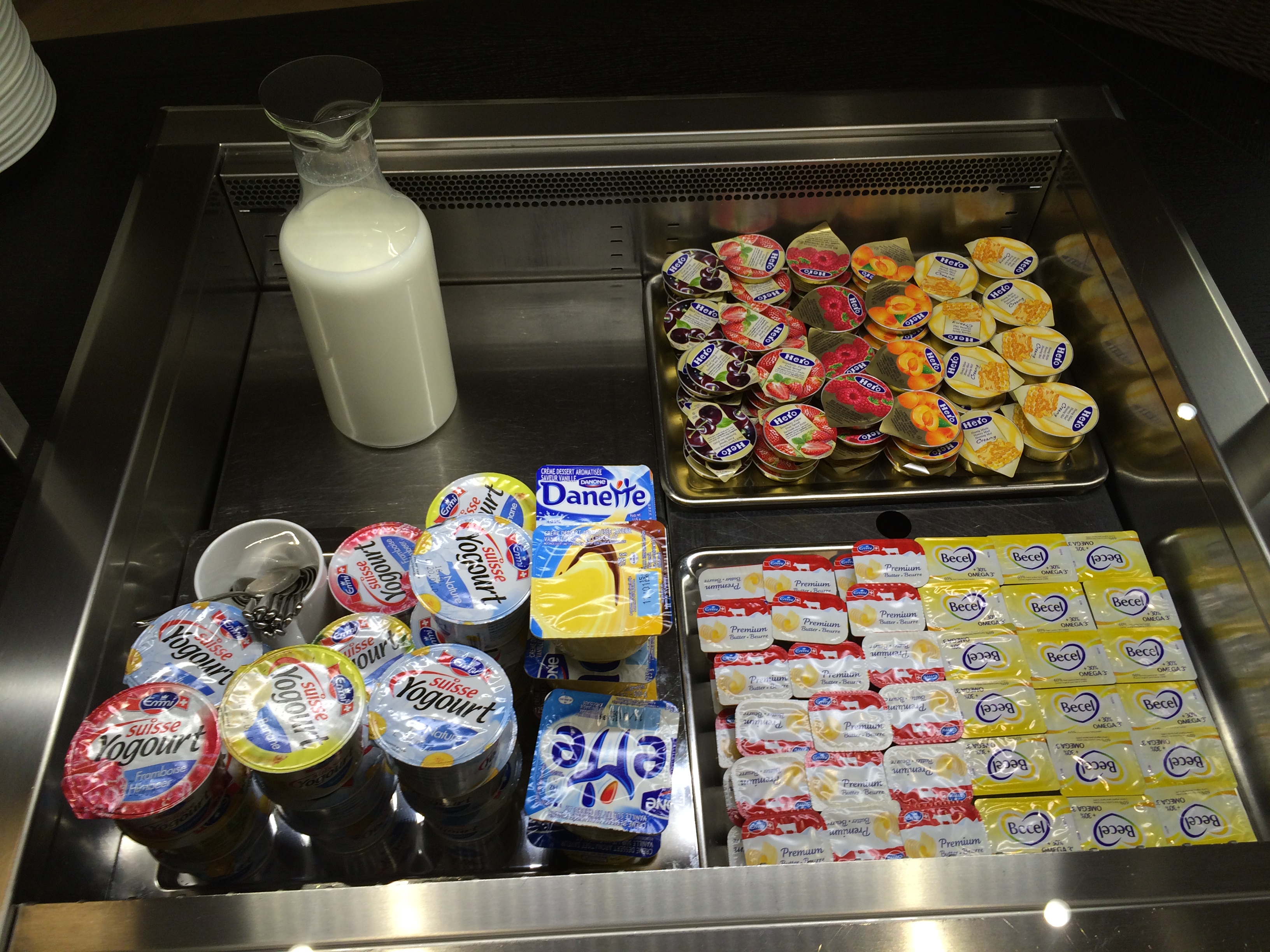 They did have a reasonable drink selection, but I just stuck with water given the early hour. Overall, the lounge was good for a lounge accessible via Priority Pass, but the biggest issue I could see with the lounge was the limit on wifi use. What kind of airport lounge doesn’t offer free unlimited wifi? Otherwise, it seemed like a nice place to rest and catch up on some work, provided that you only need 60 minutes of internet.